← more from
Auxiliary Records
Get fresh music recommendations delivered to your inbox every Friday. 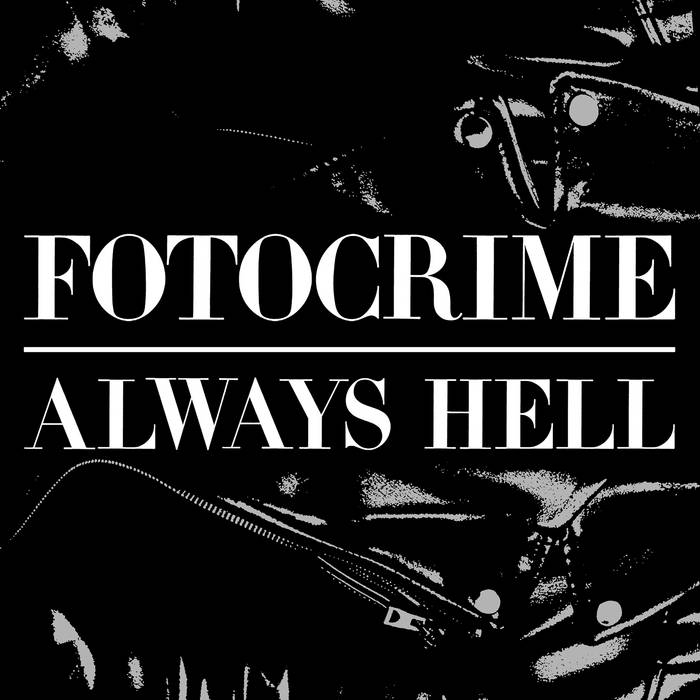 mattmaxvan I think we might be seeing a revival of the post punk/early goth sound. This would be a great example of that- energetic, aesthetically aware music that isn't afraid of either tradition or exploration. Favorite track: Plate Glass Eyes.

Order 7" vinyl and shirts at: FOTOCRIME.COM

FOTOCRIME is the new musical endeavor by R.Pattern (aka Ryan Patterson, formerly of Coliseum). After over a decade as the singer-guitarist of post-hardcore trio Coliseum, Pattern forged ahead on his own with a new vision, sound, and moniker: Fotocrime.

Crafted alongside longtime collaborator and producer J. Robbins at Robbins’ Magpie Cage Studio, Fotocrime's debut, Always Hell, is a menagerie of trenching riffs and synth-driven melodies, all preaching in a darkness that is both inescapable and spellbinding. At his most lyrically malevolent yet, Pattern pooled inspiration from cloak-and-dagger crime fiction, dark Rockabilly crooners, and Technicolor melodrama. With an arsenal of analog synths, drum machines and his signature guitar sounds, Pattern breathes sinister new life into Cold War paranoia, modern-day malaise and smoky noir.

Order 7" vinyl and shirts at
FOTOCRIME.COM